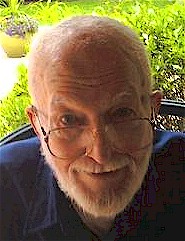 As kids, we didn’t appreciate Dad’s keen fashion-forward styling. He wore boxers when all the other dads wore tightie whities. And later, when the other dads switched to boxers, our dad made sure his boxers stuck out of his clothes. OK, so maybe they stuck out below his shorts instead of above his pants but that was the only detail he got wrong.

He is quite a trendsetter. Dad had a buzz cut when the other men were still growing out their hair. He drove a VW bug long before small cars were considered “cool”. Thirty years before the word minimalist was coined, Dad was an outspoken card-carrying member of the club. (We had the only black and white TV on the block.)

After all these years, I am finally able to accept Dad’s uncanny ability to predict future trends. Just watch the celebrities, over-sized aviator glasses will be the next big thing.