Six years ago, my oldest, bestest, bestie, Mindy, traveled across country to visit me. We had Broadway tickets for Hedwig and the Angry Inch. (Great show!) Of course, this was before de Blasio ruined the theatre district… but that’s for another blog.

We had some time to kill between dinner and the show.. After visiting a few trinket shops on Broadway we passed a door with a sign:

Mindy and I had at some point spoken about psychics. I was a firm nonbeliever and scoffed at coworkers and others who believed — completely sure that they we gullible idiots. Mindy was on the fence about them. I did think it would be fun to have a reading though.

After leading us into to her tiny alcove where she did her reading, Mrs. Sylvia glanced at both of us and asked, “Which one of you is a healer?”

Mindy and I looked at each and shook our heads. Did she mean healer like doctor or healer like reiki? Either way, neither one of us qualified as either. She shrugged it off and motioned for me to sit in one of the tiny chairs at her tiny table. Mindy had no choice but to sit on a tiny step of a long, narrow staircase which presumably led to Mrs. Sylvia’s apartment.

After settling herself into the other tiny chair Mrs. Sylvia looked up at me and said, “You have a confusing illness… it’s not lupus and it’s not diabetes…”

I was surprised that she mentioned two other autoimmune diseases and that my mother happened to have one of them — lupus. But they are both fairly common so I wasn’t overly impressed. Several years later my mother did develop diabetes. (Hmmm, I guess just one of those weird coincidences.)

Then Mrs. Sylvia told me (not asked, she told me) something that no one knew accept me, my husband and my therapist. It wasn’t that big deal kinda thing, just something you don’t go around bragging about. Determined not to give anything away since I was not one of those gullible idiots, I denied it. She looked at me and shrugged.

Mrs. Sylvia did a lot of shrugging.

She dealt out the cards. Most of what she said was interesting enough but nothing really enlightening. I made sure not to give her any input.

The reading worked our way to my daughter, Jamie. Mrs. Sylvia said I was worried about her. True, but what mom doesn’t worry about her kids.

Jamie is socially anxious. Even at 19 years old, strikingly beautiful and extremely fun and engaging, she had trouble connecting with people her own age and never had any kind of boyfriend. (Sorry Jamie, but that’s why my blog is called Making Enemies.) She was my constant companion. I enjoyed her company tremendously but I wanted more for her.

Mrs. Sylvia told me not to worry about Jamie (or the “J” name as she called her. I did not confirm or deny.) “J” would make her own way in the world. “J” would wait until she found someone she was very comfortable with and when she did, he would be THE ONE.

I had pissed off the Google gods and my ecommerce business was suffering. Eventually, they forgave me but I had lost the momentum it had taken years to build and we were heading into our slow season.

Mrs. Sylvia told me not to worry. The business would recover soon. Well OK, that’s good to hear. Then she told me that if I wanted it to recover right away, I could pay her $300 and she could fix it.

Yeah right. Thanks, but no thanks. The reading was over. I enjoyed it. Especially, that last part. I had a good story to tell. Mindy and I spent the rest of the weekend palling around. For once, I didn’t bother checking the store orders. I knew they would be crap. Why stress over it. Memorial Day weekend was always bad.

Tuesday morning came. I finally checked the store stats. Holy crap, we had orders! Way more than I expected. It was the start of what would become a financial turn around. I chuckled thinking that if I had been desperate enough to pay her, I would have certainly gone to the dark side of gullible idiothood.

A few years went by, I had two readings by other psychics… mostly for fun. Nothing there but my thinking had shifted to from firm nonbeliever to healthy skeptic.

My “confusing illness” started to progress. There is no treatment. I decided to have a DNA analysis to see if there was anything to learn genetically about it. Not really, but the counselor did have some interesting information. She was excited to tell me that I had “the empath” gene from both sides of my family. It was very rare to have both.

OK, I like to think I am a caring person. But she told me it was more about my ability to feel what others were feeling. Hmmm, I didn’t think it applied to me. I do know that my cousin Amber said she had one of the genes and considered herself an empath and it made her life difficult. Another cousin, Terry Jo, was certainly an empath — chakras and all. she even has her own video channel about healing.

Did someone say healer? Curious now, I did some research. Empaths are either quacks or people who are drawn to those in need of help. They often find friends and partners who need someone who can provide a healing presence in their life. Sometimes this is at the expense of the empath’s wellbeing. Bingo. This is me. Totally. As crazy as it sounds, I could always feel myself absorbing the negative energy of others. I thought everyone did. Which is why I try not to put out my own negative energy. I don’t want to burden others with it.

My husband always wants to know why I always end up with f*cked up cats. He’s right, I do. I guess it crosses species and I pick the needy kittens. But he never asks why I chose such a f*cked up husband. Now, I know.

That’s not the end up my psychic story.

Yesterday, I was cleaning out an old purse I hadn’t used in years. I found a crumpled receipt that I had written the name Nick on. I didn’t know why. After tossing it into the garbage, I had memory of Mrs. Sylvia asking me if my daughter knew anyone named Nick. I didn’t think so but I remember scribbling the name down on a scrap of paper from my purse. At least, I think I remember it or maybe I’ve turned into one of the gullible idiots.

Nick is the name of Jamie’s boyfriend. They’ve been inseparable for five years and I suspect they will be life partners.

I tried to google Mrs. Sylvia — nothing came up but next time you’re in time square. Look for a narrow wooden door that says

She removes all obstacles standing between you and success such as Love, Money, Happiness, and Peace of Mind. 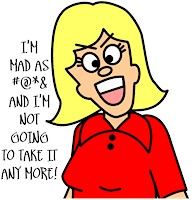 My previous blogs have been safe. I haven’t been political or politically incorrect. I haven’t hurt any feelings or felt bad about anything that I wrote. I’ve been cute, clever and kind.

Not any more. It’s time to make some enemies. I’m going to start with Academia. For a bunch of smart people, they really have some stupid ideas. In today’s regional Sunday newspaper, there is a three-page article about universities reshaping their mission so the graduates are ready for the work force.

Really? This is a new idea?

Yup, here’s a quote: “We are determined to provide a relevant education to all students and we’re making sure that we offer programs that are seen as leading more directly to jobs.

The Princeton Review surveyed students and found that 55% went to college for jobs and income potential. The other 45% just wanted to get an education. Hmm. I sure hope those Moms and Dads have no plans of retiring and moving to a smaller house. There are limited positions for future Academicians. 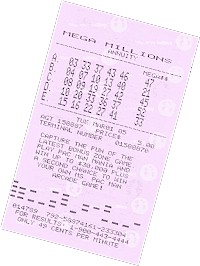 New York’s Mega Millions is up to $325 million dollars. So I bought my ticket and then I had a “disagreement” with my husband about how to spend the money.  I felt that $325 million was just too decadant and hoped we wouldn’t win. He thought that was rediculous. But I’m not so sure. Don’t all the big winners get divorced? They buy a big house. The wife has an affair with the pool boy, the husband gets hair plugs and the kids become drug addicts. Right?

There is something about easy money that just brings out the worst in people.  Even the idea of so much easy money caused turmoil in my marriage. We were actually fighting about money we would never win… and we didn’t.